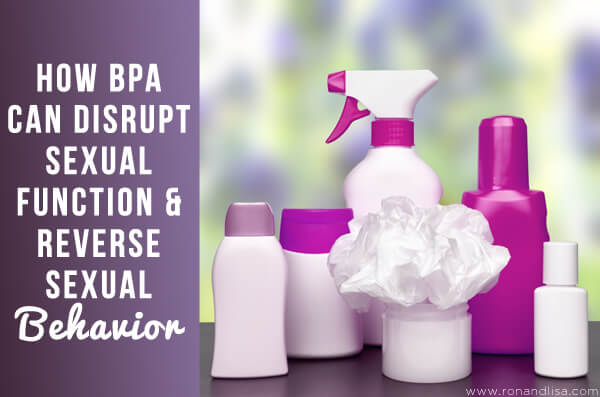 Fears about BPA – or –  Bisphenol A, exposure shouldn’t be limited to paranoid parents, green gurus, biologists and conservationists. Turns out, there’s a lot more to gain by avoiding polycarbonate plastic bottles, thermal receipts and canned food lining resins. A team of scientists led by researchers at the University of Missouri’s Bond Life Sciences Center say BPA could be affecting the way painted turtles’ brains are wired.

This is on the heels of the 2015 determination that BPA can disrupt sexual function in painted turtles, causing males to develop female sex organs (see “BPA Can Disrupt Sexual Function in Turtles, Could be a Warning for Environmental Health”). According to the findings, BPA–which mimics estrogen–can alter a turtle’s reproductive system and disrupt sexual differentiation. Scientists are concerned findings could indicate harmful effects on environmental and human health. After all, research from Berkley shows BPA can be passed from parent to child at birth (read: Lisa Beres Shares Tips to Avoid BPA on NBC’s Nightly News). In addition, BPA exposure is linked to cancer, diabetes, reproductive damage, developmental harm and many other serious health issues.

How is BPA Disruptive?

Now, the team has shown that BPA also can induce behavioral changes in turtles, reprogramming male turtle brains to show behavior common in females. Researchers worry this could lead to population declines in painted turtles because male turtles most likely won’t act like males.

Bisphenol A (BPA) is a chemical used in many consumer products including water bottles, metal food storage products and certain resins. Often, aquatic environments such as rivers and streams become reservoirs for BPA, affecting turtle habitats.

“Previously, our research team found that BPA and ethinyl estradiol (EE2), a hormone found in birth control pills, could ‘sex-reverse’ turtles from males to females,” said Cheryl Rosenfeld,  an associate professor of biomedical sciences in the MU College of Veterinary Medicine and an investigator in the Bond Life Sciences Center. “Painted turtles and other reptiles lack sex chromosomes. The gender of painted turtles and other reptiles is determined by the incubation temperature of the egg during development. Studies have shown that exposure to endocrine-disrupting chemicals (EDCs), such as BPA, can override incubation temperature and switch the sex of males to females. In our latest study, we found that BPA also affects how the male brain is ‘wired,’ potentially inducing males to show female type behavioral patterns.”

Researchers applied a liquid form of BPA and ethinyl estradiol to painted turtle eggs and incubated the eggs at a temperature that typically results in males. Five months after hatching, turtles were tested with a spatial navigation test that included four food containers, only one of which was baited with food. Each turtle was randomly assigned one food container that did not change over the trial period.

Researchers predicted that male turtles exposed to BPA and EE2 would exhibit improved navigational ability — similar to behaviors observed in female turtles. Results showed that developmental exposure to BPA and EE2 improved spatial navigational learning and memory in males, as evidenced by increased number of times spent in the correct target zone and greater likelihood of solving the maze compared to control turtles, who were male based on the lower incubation temperature.

Who Says You Can&#8217;t Have Christmas In January?

Two Deadly Intruders: One Escape Plan. Are You Prepared?

Is Your TV Toxic?

A Tribute to Helmut Ziehe: Visionary &#038; Founder of IBE, USA

FEELING STUCK? 3 Simple Ways to Cleanse the Energy at Home

TIME OUT! Why Product Recalls Belong in the Naughty Corner

6 Tips to Decorate a Stress-Free Home

Stay Calm: Add Some OM to Your Home with These 5 Easy Steps!

{Healthy} Home Improvement: Tips &#038; Tricks for Your Next Project

How to Make Your Home More Allergy Friendly

4 Places Germs Are Lurking in Your Home

The Healing Powers of [So Well Made] Himalayan Salt Lamps

How to Choose A Healthy Protein Powder

“Previous studies have found that female turtles are much more adept at spatial navigation — think of female sea turtles that return many years later to the same beaches where they hatched to lay their own eggs,” Rosenfeld said. “We found that developmental exposure to BPA essentially overrides the brain development of male turtles as indicated by the enhanced navigational ability of the turtles we studied. While improved spatial navigation might be considered a good thing, it also may suggest that when they reach adulthood male turtles will not exhibit courtship behaviors needed to attract a mate and reproduce, which could result in dramatic population declines.”

Rosenfeld notes that this is the first study to show that these harmful chemicals not only reverse the physical sex-characteristics but also affect the brain in a turtle species. Turtles are known as an “indicator species” because they can be used as a barometer for the health of the entire ecosystem. By understanding the possible effects EDCs have on turtles, researchers might be able to understand the possible effects the chemicals have on other wildlife species and humans, Rosenfeld said.

“Effects of developmental exposure to Bisphenol A and ethinyl estradiol on spatical navigational learning and memory in painted turtles (Chrysemys picta),” recently was published in the journal, Hormones and Behavior. Lindsey Manshack, a student at the time in Rosenfeld’s lab in MU’s Bond Life Sciences Center authored the study. Dawn Holliday, adjunct assistant professor of pathology and anatomical sciences in the MU School of Medicine and assistant professor of biology at Westminster College in Fulton, Mo., and Sharon Deem, director of the Saint Louis Zoo Institute for Conservation Medicine, contributed to the study. Funding was provided by Mizzou Advantage, the Office of Research and the Bond Life Sciences Center at the University of Missouri. The content is solely the responsibility of the authors and does not necessarily represent the official views of the funding agencies.

To learn more about BPA and our recommended tips to avoid exposure, read The ABC’s of BPA. Use the power of your voice!

Click here to take action and stand up for BPA right-to-know in California: Tell OEHHA that you want to see clear, on-package warnings for BPA!