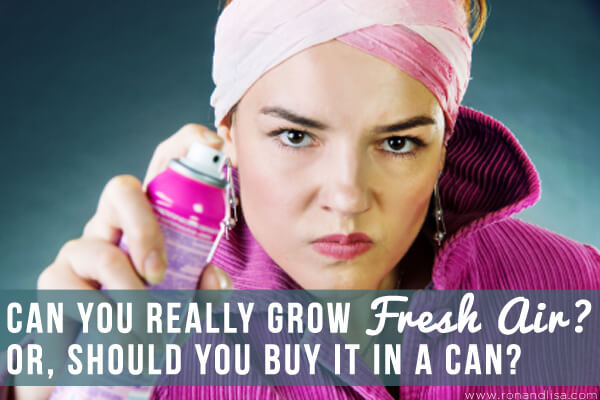 This woman is P.O.’d! And you would be too… if you knew exactly what you were spraying your house with in an attempt to create fresh air. If I can quote my husband, Ron, who likes to remind people attending our live lectures and online webinars, “You can’t buy fresh air in a can!” Those words ring especially true for anyone who naively bought into glossy ads or commercials of a happy woman profusely spraying down odors throughout her home with a can depicting a fresh, clean, mountain peak. The claim that a simple squirt of chemicals masking odors in your indoor air could actually clean the air has been, and still remains quite a coup. You probably found out the hard way that air fresheners have a nasty way of deadening the nerves in your nose. They can cause irritation to the eyes, nose, throat and skin and may contain formaldehyde, phthalates and organic solvents to name a few. These organic solvents can be inhaled into the lungs and enter the bloodstream.

As Americans, we spend an average of 90% of our time indoors! We breathe 10 to 20 thousand liters of air per day. With this much air going in and out of our lungs every second, it is vital to make sure we are breathing in good air all day. We are so used to hearing the expression “go out and get some fresh’ air. But, why not bring some of that fresh air inside? Or better yet, create it inside! And not just any air. But, air that can actually remove toxic gases and chemicals from your home environment! That’s correct – air that can actually remove VOC’s including formaldehyde and benzene. 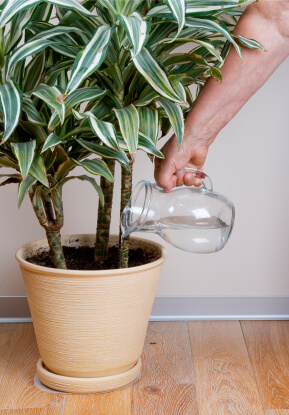 NASA and the Associated Landscape Contractors of America (ALCA) released the findings of a 2-year study suggesting, in addition to what some plant physiologists already knew: that plants absorb carbon dioxide and release oxygen as part of the photosynthetic process (hence, the fresh air image on the can). Get your beakers ready for a brief lesson in biology. As you may know, plants directly absorb carbon in their life-dependent process, photosynthesis. By taking in carbon dioxide and converting it to oxygen during photosynthesis, plants and trees naturally remove excess carbon from the air. During photosynthesis, foliage also removes from the atmosphere other chemicals, such as nitrogen oxides, airborne ammonia, some sulfur dioxide, and ozone that are part of the smog and greenhouse effect problems. Plants also affect air quality by acting as collection sites for dust and other air particles. So, by adding plant to your environment, you are cleaning up your indoor air and helping the planet.

Here’s where it gets exciting! In addition, these researchers (including Dr. Bill Wolverton, formerly a senior research scientist at NASA) have found many common houseplants absorb benzene, formaldehyde and trichloroethylene, as well. In the NASA study, each plant type was placed in sealed, Plexiglas chambers in which chemicals were injected. The results surprised everyone.

“Plants take substances out of the air through the tiny openings in their leaves,” according to Wolverton. “But research in their labs has determined that plant leaves, roots and soil bacteria are all important in removing trace levels of toxic vapors”. Did you know that one potted plant per 100 square feet will clean the air in an average office? Although not a replacement for an air purifier, the NASA studies generated the recommendation that you use 15 to 18 good-sized plants in 6 to 8-inch diameter containers to improve air quality in an average 1,800 space. But, not just any plant of course – a certain 50 plants in particular! And, the more vigorously they grow, the better job they’ll do for you, so keep ‘em watered!

You may be staring at the little wilted plant on your windowsill or desk wondering if it made the list or not. If you’d like the entire Top 10 list, you can find it in our book, Just GREEN It! But for now, I want to share the Top 5 plants according to the study that are most effective in removing: formaldehyde, benzene, and carbon monoxide from the air. These include:

Get ready for the next post, Part II:
Can You Really Grow Fresh Air: Formaldehyde, Benzene and Plants – Oh, My!