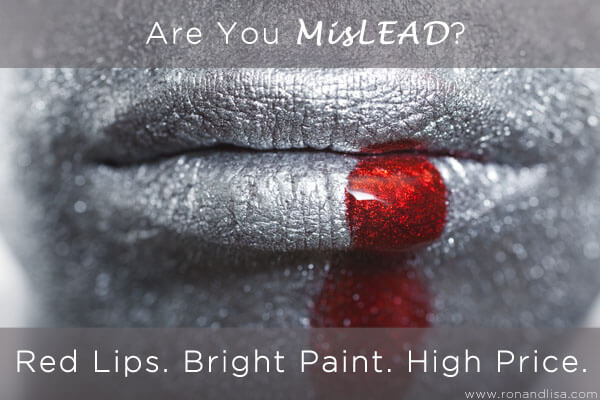 Most of us today are aware of the serious health repercussions associated with lead. We may go to great lengths to avoid exposing ourselves and our loved ones to this heavy metal and neurotoxin that can cause learning, language and behavioral problems.  We avoid purchasing toys made in countries where lead is still acceptable for use in production and finishing, and/or by mitigating lead paint in older homes built prior to 1978. However, what many of us don’t realize, is that is lead lurks in places we’d never expect it and we are often being exposed to it daily; regardless of precautions we may take.

It is estimated that more than 4 million U.S. households have children being exposed to dangerous amounts of lead. Many of us think as long as we don’t allow our children to eat lead paint chips, they are safe from exposure. However, lead is found in the air, the soil, the water, and inside our homes. Lead dust and particulates can become airborne simply by driving a nail through a wall coated with old lead paint.  This exposure becomes even greater when more serious renovations are underway.

The CDC estimates that in at least 4 million households in the U.S. today, children are still exposed to dangerous amounts of lead from old paint.

No amount of lead is considered safe in a child’s bloodstream. It is estimated that over half a million children between the ages of 1 and 5 have elevated blood lead levels. Many people believe lead is no longer a problem, but leaded paint is still the leading cause of childhood lead poisoning. Aside from being found in old paint, lead is also hidden in other household items including pipes and plumbing materials, solders, toys, lipstick, lunchboxes, kid’s jewelry, candy, handbags, wheel weights, and a range of industrial applications. Studies reveal that over 90% of homes built before 1940 have elevated levels of lead; 80% of homes built between 1940-1960 have high levels of lead; and 60% of homes built between 1960 and 1978 (when lead paint was finally banned in the U.S). have high levels of lead in the air.

Lead poisoning often goes completely undetected in terms of physical symptoms, though it has been known to affect just about every organ in the body–particularly the kidneys, red blood cells, and central nervous system. Lead is linked to: Cancer, strokes, high blood pressure, anemia, cavities, and delayed puberty. Even small amounts of exposure have been linked to slowed body growth, hearing problems, lowered I.Q., behavioral issues, and learning disabilities.

Lead exposures are a serious threat to children’s health. ~ The American Academy of Pediatrics

A Poisonous Kiss? All 400 samples of lipstick tested positive for lead as an ingredient in them. So, it wasn’t safe enough for gas in our cars – or paint on our walls – but its’ fine for women to apply lead to their lips each day?! A false sense of security arises  for occupants in newer homes that don’t contain lead paint, but are being exposed to lead in the form of cosmetics. While the FDA claims the levels are acceptable and don’t pose any type of health risks, others argue that {pregnant} women in particular should avoid using cosmetics or lipsticks containing lead.  Rightfully so, since lead can impair the intellectual development of a woman’s child as it easily crosses the placenta and can have detrimental impacts on a growing baby. A recent groundbreaking, FDA study has found lead in hundreds of lipsticks tested at levels up to 7.19 ppm. Five of the 10 most lead-contaminated brands in the FDA study are made by L’Oreal USA. Is your brand on this list? Find all 400 brands the FDA tested here.  For more information and the CDC’s tips to avoid exposure, visit the Campaign for Safe Cosmetics.

As you can see, the facts regarding lead are staggering. There has been a lax response to lead in the environment in recent years. Most people believe lead poisoning is no longer a serious issue in this country. Children under the age of six with elevated levels of the neurotoxin in their bloodstreams are most susceptible to the affects of lead poisoning. Tiny airborne particles of lead can unknowingly being inhaled; leading to a whole host of issues which include serious behavior problems, learning disabilities, decreased I.Q., and even a higher likelihood of incarceration as a result. The best way to avoid lead poisoning in children (adults are also at risk) is to prevent exposure in the first place. Having a lead risk assessment by a certified inspector before any home remodel can help determine the potential risk to you and your family and the best way to mitigate it.  You can also take action by spreading the message of a new documentary, MisLEAD: America’s Secret Epidemic; a project of the Lead Safe America Foundation.  You can watch the trailer to learn more here: