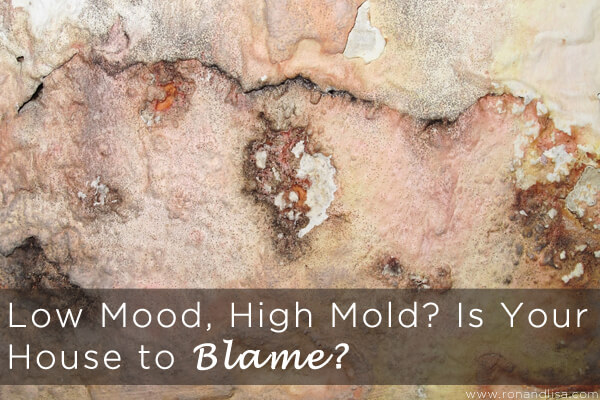 I am a physician specializing in the health effects of a variety of environmental exposures – from chemicals and pesticides – to indoor toxic mold and allergic foods that produce headaches (ie: red wine). I have a fascinating personal story of becoming incapacitated myself and my journey to recovery over the last decade.  I was not taught about these issues at Cornell Medical College where I was trained. Now, I hope to change medical school education to include requiring a brief environmental history and discovering the cause if someone suffers from physical and/or mental ailments. When I became ill, I initially experienced fatigue and muscle weakness when I attempted simple tasks like brushing a horse, folding a kitchen towel or washing my hair.  Because I am traditionally trained in medicine, my first assumption was that I must be depressed – not ‘ill.”

As it turns out, I had wiped out my adrenal glands which proved to be major factor. Later, my husband and dog also developed adrenal failure. In hindsight, I realize it must have been environmentally induced, but at the time it wasn’t so easy to put all of the puzzle pieces together. I noticed a huge improvement with replacement of the hormones: Cortisol, Dhea, Estrogen, Testosterone and Pregnenolone as well as both thyroid and growth hormone. A year later however, I realized that my fatigue and low mood were caused by Addison’s disease (also called adrenal insufficiency); yet some issues still remained unresolved.  I demanded a muscle biopsy and it revealed severely hypoxic mitochondria (energy proportion of the cell). But, Why, I asked myself?  At another medical facility, I was tested for mold toxins and it was determined that my family was exposed sometime in life to mold toxins from a ‘sick building’ and these toxins  needed to be removed from my body in order for me to get well.

Now, recovered from the ensuing Chemical Sensitivity I developed from toxic overload (due to toxin producing molds produced by a fish tank attached to my home), I am using my knowledge to educate others about this very real and important risk.  Today, 40% of homes and schools have toxic mold issues; the musty basement is not an acceptable phenomenon! Epidemiologist, Edmond Shenassa, of Brown University published a study revealing a 40% depression rate for occupants living in homes with mold problems.

How Couples Are Affected

I wrote an article titled, Mold and Marital Discord in LA Yoga which discussed the strange behavior of couples affected by mold.  The men often suffer from neurologic problems such as memory issues, skin rashes or rosacea; whereas women become fatigued and Chemically Sensitive many years earlier and may be appear depressed due to the toxicity or adrenal insufficiency. Many men do not believe the woman’s intolerance to perfume, diesel exhaust or red wine and call her mentally ill and oftentimes the couples split. Occasionally, the woman will flee the home with the children in order to save them, while the man will remain in the toxic environment in denial while going down with the sinking ship.  Later, he may develop sensitivities, but it appears that testosterone protects him from the severity of illness.

What is even more interesting is that some environmentally ill mold – or – toxic chemical exposed GW veterans, plant or 911 workers will develop almost a manic type behavior as he/she struggles from the damage to the cells; including the autonomic nervous system and brain. The heart might beat rapidly when they are standing and they need to sit down or cross their arms or legs to keep the blood in the brain to stay awake. This Dysautonomia and hormone impairment should be diagnosed and treated before any sauna detoxification starts for safety reasons.

America’s Cancer Clusters: Does Where You Live Matter?

Are You Sleeping With the Enemy: Hormone Disruptors?

Formaldehyde at Home: Rolling in the Deep

Five Natural Ways to Reduce Allergens in the Home

10 Plants That Clean Your Indoor Air

TAKE HOLD: Everything You Need to Deal with MOLD!

My recommendation is to find a well trained Environmental physician to help get you on the road to recovery if you are suffering almost any condition, but especially mold exposure from your workplace or home.  The toxins may still be present in your clothing and furniture – even if you have moved. Testing the urine and the clothing is feasible nowadays to assist people in making scientifically based decisions. Psychiatric medications are usually weaned off once the patient is feeling better and they are not required to go back to them once they learn how to stay well!

I have educational videos on my website: www.LisaNagy.com.  I recommend starting with the Penn Med video and branch out from there.  Remember, never give up until you are well – doctor’s orders!