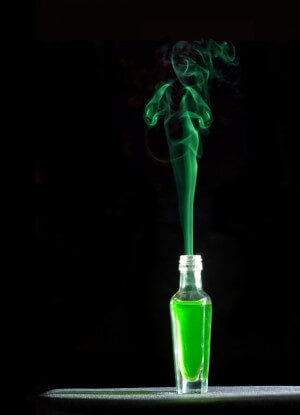 Can you rub a magic lamp and manifest a greener nest in which to live?  Tight on cash and overwhelmed by green messages, dirty dishes in the sink, kids vying for every new gadget – healthy or not, old bedding, carpet and furniture that needs replacing and bills piling up?  Maybe the dream of a healthier home isn’t as far away as you may think.  We all possess the power to transform our lives and that includes the kind of home we live in.  Eldon’s insights into the mind are extraordinary and he teaches us that a focused mind can create a happier reality.  Our goal as your Healthy Home Dream Team is to assist you in your efforts to include a safer, healthier and greener home.  We thought you would enjoy this excerpt from the International Bestseller, Mind Programming, by Eldon Taylor, PhD.

Imagine that within you was a genie, a veritable creation machine capable of bringing you anything you desired-good and bad.

Let’s imagine that you were unaware of this genie within or had heard about it but disbelieved. Perhaps you’d tried to believe and discovered that it was bogus-the whole thing about the genie within was just so much superstitious mumbo jumbo.

We’re all familiar with such phrases as “the power of the mind,” “mind over matter,” and “the mind-body connection.” We’ve heard of spontaneous healings and achieving or creating the life of our dreams. Most of us have even experienced some of this, even if it appears to be in very limited ways.

Almost everyone today has at least heard of the book and movie The Secret. They were marketed in an absolutely magnificent manner, and although they contain no real secrets, they nevertheless retold in new ways the inner mystical teachings of all ages. The Secret informed readers and viewers that one’s mind was a genie of sorts, for whatever it held in sufficient detail it would attract or create, and these two words were actually interchangeable in this context.

Maybe you watched The Oprah Winfrey Show, Larry King Live, or some other program and heard of the magnificent wealth and abundance that people had attracted using The Secret. Perhaps you grabbed a book, CD, or DVD all about the Law of Attraction and pored through it to glean the exact how’s, whys, and wherefores.

Now armed with the secret knowledge and the testimony of so many, you created a vision board and printed out affirmations that you pasted everywhere so you’d constantly see them. You began visualizing all the things you wanted to attract and even started down the road of daily meditation.

You got on the Internet and looked up such terms as New Age and metaphysical. You subscribed to numerous mailing lists, tuned in to New Age Internet radio shows, and began to buy self-help books.  Alas, nothing wonderful happened.

Unfortunately, that’s the experience of most people who tuned in to the idea of the genie within. Some, however, found a different result. They manifested their home, a special relationship, or the like. Not many achieved this, mind you, but some. Why?

The mind is that genie, and it’s the doorway to the manifestation process, although its role is often misunderstood. It’s an entry point, a doorway, not the manifestation tool per se. The mind provides the pictures, not the feeling. It organizes our activity to build a vision board, post the affirmations, and so forth. It invests some learned belief (expectation) in the process. Actually, the mind’s highest role is inhibition.

Let me say that again: The mind’s highest role is inhibition!

Like it or not, we’re all the product of millions of years of survival evolution. Wired in every one of us, no matter what our calling-including the highest evolved of spiritual beings now walking the earth-are primitive mechanisms that respond to primitive and sometimes rather gross stimuli.

Often, stimuli that we consciously claim as reprehensible are nevertheless processed subconsciously in ways that drive us toward seeking more of the same. Those mechanisms respond to fight and flight, taboo images, socially fearful rejections, and similar stimuli in a mechanical way-thus, the term mechanism.

The human brain is a marvel of evolution, and one of its most splendid developments as far as human consciousness is concerned is the cerebral cortex. One of my early teachers, Professor Carl LaPrecht, used to say…

“Whenever you find something in nature in great abundance, pay attention. It is critical to the system.”

The cortex or gray matter is by far the largest part of the brain. And it’s within the cortex that inhibitory power resides.

The cortex is the brake.

Cortical power inhibits impulses that aren’t in our best interest or the result of our best intentions. The cortex shuts off the television when the content is violent, suggestive of disease and illness, or otherwise contains matter that’s purely garbage.

Our minds are like large trash containers: we can put anything into them. And like dumpsters, they’re difficult to clean out. Dumpsters don’t tip over easily, and to clean one requires climbing inside, perhaps with a garden hose, a bucket of hot water, cleaning products, brushes, and so forth. What a tedious and nasty job.

All of us have minds, of course, and evidence suggests that when we come into the world our minds aren’t blank slates, despite the tabula-rasa argument by the philosopher John Locke.

No, it appears that certain predispositions and even some types of knowledge (cell memory and more) are already written in our minds when we make our first inhalation. Still, the content of our mind that’s acquired following birth is the beginning of what we shall eventually hold as both our identity and our knowledge/beliefs.

The Law of Attraction

You may have heard of the three components of the Law of Attraction: ask, believe, and receive. This sounds really easy until you question the degree of your belief, and that’s where most people fail. I actually divide belief into three components that must be activated in the proper sequence to manifest using the inner genie. These components are:

Anything that would distract from thinking, feeling, and knowing these three components will, in direct proportion, sabotage our efforts at manifesting our desires.

Given this understanding, it becomes easier to see why some people first manifest their desires, only to lose their treasures and find themselves worse off than they were before, some fail to manifest at all, and others seem to manifest the opposite of what they’re seeking.

With this under your belt, you might ask, as I did: Why do most people seem handicapped by the inability to use the genie within and create the reality they deserve?

The Dumpster analogy is the first clue to answering this question. The garbage some hold in their minds would be frightening if it were visible to the public eye. As Strongheart, the German shepherd hero of the movies, put it in his letters to Boone, “What a dreadful sight to see people’s faces as incomplete as their minds.”

I would paraphrase: “What a horrible sight to see people’s faces as grotesque as the worst in their minds.”

I’d like to imagine a world full of joy, peace, balance, and harmony. That’s truly difficult to do when nature seems so callous and carnivorous. As I think about this, I realize that I’m anthropomorphizing nature, so I turn my thoughts to humans, where I find such horrible acts that a lion killing a lamb is innocent in comparison.

How do we truly find peace, balance, and harmony?

How do we gain spiritual sincerity and merge this with the right balance of mental and emotional stuff to manifest a world full of peace, balance, and harmony?

For some, manifestation is about things such as cars, swimming pools, houses, riches, sexy this and that, and the gratification of other sensual desires. For the spiritually sincere, manifestation is first about peace, balance, and harmony and then about health and individual happiness.

These are complex issues that labels alone don’t cover, so we can let the subject rest with this: each individual has a purpose for being here; and when individuals seek to manifest according to their purpose, they’re enlightening themselves and the world around them.

Back to the main point: the mind is both ignition and brake. First thing in the morning, I open my eyes and begin talking to myself. My thoughts may recognize a dream or immediately turn to the new day’s itinerary.

We started this dialectic journey by imagining a genie within. I believe that this inner genie actually exists, but if you don’t, that’s okay. What I intend to show you is that the genie has been creating all along, even if you think that it’s only some concocted get-rich scheme.

In fact, the worse your life might seem, the higher the probability that the genie is working hard at fulfilling your every fear (emotion), thought (expectation), and spiritual insight (“Life sucks, and then you die”). It’s in precisely this way that your hopes and ambitions are slain. Thus, your mind has been turned into the slayer.

The SMARTest Car on the Block!

Unplug &#038; Recharge with the Power of Nature

PVC: THE POISON PLASTIC! Get Safer Supplies &#038; Back to School Guides

Do You Know What’s Lurking in Your Child’s Classroom?

Green Product Labels 101: How to Read Between the Blurred Lines

4 Sexy &#038; Sustainable-Summer Must Haves for Her

The Incredible Shrinking House: How Small Can You Go?

Eldon Taylor has made a lifelong study of the human mind and has earned doctoral degrees in clinical psychology and pastoral psychology. He is the CEO of Progressive Awareness Research, an organization dedicated to researching techniques for accessing the immense powers of the mind. For more information on products by Eldon Taylor, go to www.innertalk.com.