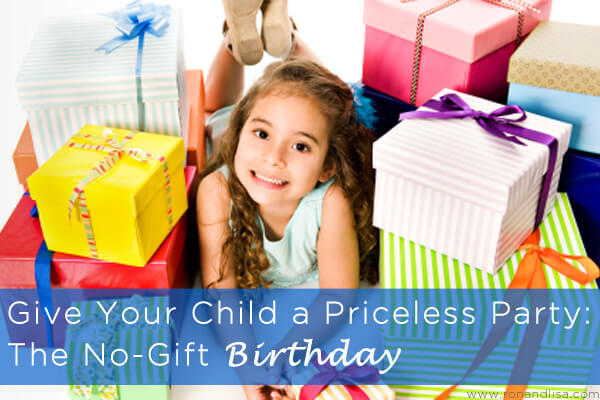 If you’re having some post-Christmas guilt right now as I am about going a little overboard in the consumerism department, have heart. There is redemption.

Maybe it’s because I’m new at this parenting thing as the mother of a three-year-old, but for the third year in a row, I found myself getting caught up in the Christmas rush and blowing my budget (and my values) as I dashed from store to store and back again, Christmas sales flyers in hand, buying way more than just the three items my daughter asked for as she sat on Santa’s lap. Now amidst the piles of discarded wrapping paper, cardboard and molded-plastic packaging, and stacks of toys for my naïve, Christmas newcomer just starting to form her beliefs on what Christmas is all about, I ask myself…

“How did I let this happen again? And, where am I going to put all this STUFF?!”

As a condo-dweller, space is no joke. For anything new to come in, something must go out. Easier said than done when you’re a parent, but necessary nonetheless. Plus, I’m a strong believer in “less is more,” despite my Christmas slip-ups. The absolute last thing I want to teach Reagan is that stuff will make her happy. “Things” can distract us from what truly fulfills us: connecting with family and friends. Moreover, I want Reagan to appreciate how much she already has and the difference between needs and wants – which can never be accomplished through over-indulging. My bad. And, with her birthday only a few months away, the amount of stuff coming in is overwhelming the amount of stuff going out.

But, is it possible to throw a child’s birthday party and ask people not to bring gifts? And even if you did ask, would that really stop them? Are you depriving your child of cherished childhood memories and their guests the joy of giving by hosting a no-gift party?

One good friend of mine, more ecologically-conscious than me, tried just that for her older daughter’s birthday and ended up with gifts from 90% of her guests. I admit, even I was very uncomfortable with the idea of not bringing a gift. I opted to make a donation to the local Dumb Friends League in the name of the birthday girl, knowing the family’s great love for our furry friends.

A few months later, my friend’s younger daughter had a birthday, and that was how I was introduced to ECHOage.com.

ECHOage is a charity-driven, eco-friendly, online birthday party service where children learn the value of giving and receiving while celebrating.

“Brilliant! I wonder if I could get Danny and Reagan to agree to do this for Reagan’s next birthday party…” was my immediate reaction to the stylish ECHOage e-vite. The concept is simple: guests RSVP and can elect to contribute online to the child’s dream gift and charity of the child’s choosing. One-half of the contribution goes to the dream gift, one-half to their charity. The birthday girl or boy gets the cash to buy the gift they really want, while learning compassion and empathy for others at the same time.

ECHOage is rewarding for the gift-giver too. At least, that was my experience. What a relief to not have to run to the store to pick out a gift that may or may not be played with in the end, AND help a great cause.

You know what else was a relief? Seeing my husband jump for joy when I hesitantly suggested we ECHOage Reagan’s next birthday. I think he’s happy we’ve recently reclaimed our living room and would like it to remain that way.

The next test will be seeing how Reagan reacts to the idea. This will only be her fourth birthday, but, she does know there are supposed to be presents. Fortunately, she has already shown herself to be a cheerful giver. My hope is that we can nourish that part of her even more and she will look forward to choosing a charity for her birthday every year.

Would you ever consider giving your child a No-Gift birthday party? Less is more? Or, more is more?

Guest blogger, Chris Bird lives in Denver, CO, where green living is everyday living. A Denver transplant, she says she’s becoming greener through osmosis. Or, would that be photosynthesis? Chris blogs about navigating life as a pilot’s wife and misadventurous mom at MamaBirdsBlog.com.

Even before you plan your baby’s first green birthday party, plan a green shower! Read how environmental journalist and green advice columnist for the Huffington Post, Jennifer Grayson, did just that as featured in the November issue of American Baby.