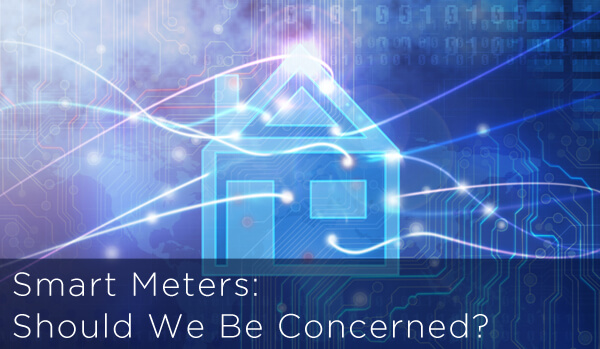 By now, if you live in Southern California and are concerned about health, you are aware of the potential health and privacy concerns of smart meters. What are the facts and is this something you should worry about?

Smart meters measure electricity, water or gas without the need for a meter reader. Instead, that information is sent to the central office wirelessly by radio frequencies (RF) one or more times per day. Utilities are installing smart meters as part of a national program to increase energy efficiency and Monitors electricity, gas and water use more carefully. That is what makes them “smart,” and they sound great…in theory.

Concerns have emerged, however, since they were first deployed about how effective they really are. Many have experienced adverse health symptoms, increased electricity bills and even an occasional fire. While many agree that smart meters are not a good idea for numerous reasons, let’s focus on the health effects they cause.

Electric, gas and water utilities legally admit that smart meters “produce radio waves at frequencies you are already exposed to from cell phones, cordless telephones and Wi-Fi and at the same signal strength.” In certain parts of the country, that statement is actually correct, while in other parts, it is not. Regardless, for the electro-sensitive person, no level of RF output is safe or well tolerated and we, members of the Building Biology® community, believe they are harmful for everyone.

Utility companies, like cell phone carriers, can stand behind the legal safe limit of RF exposure set by the FCC in 1997, which is 0.6-1.0 milliWatt per square centimeter for 900-1500 MegaHertz (MHz). This level has not been updated in 15 years (yet the U.S. Government Accountability Office (GAO) just finished a one-year study urging the FCC to review that level). The FCC’s outdated safety limit was based solely upon how high the RF level rose before cells in lab tests showed any signs of heating, however, research in Europe and elsewhere has proven that there are many harmful effects that occur at exposure levels much lower than the FCC safety standard; causing bio-disruption of cellular functioning. Strokes, tumors, learning disabilities, cognitive impairment, brain fog, ringing in the ears, numbness, tingling, and chronic fatigue are all on the rise and many believe this is due to exposure to radio frequencies from wireless devices, including smart meters. As a result of this emerging biological perspective, governments in Europe, which will have to pay for adverse health effects from wireless technologies, are taking a hard look at the growing impact RF has on their citizens’ health. New restrictions are being recommended in the way wireless devices are promoted, marketed, deployed, studied and regulated.

While most people tolerate wireless devices (so far, at least), there are a growing number of people who cannot. These electrically-sensitive individuals become ill within minutes of RF exposure and keep wireless devices out of their homes, yet smart meters are being imposed on them.  Some EMF-sensitive people, as well as many others who were never EMF-sensitive before, use cordless telephones, cell phones and Wi-Fi – but only complain of headaches, ringing in the ears, insomnia and other symptoms after a smart meter is installed on their house.

What makes smart meters such a problem is that they emit short microbursts of radio waves throughout the day and night; up to several times per minute to “keep the mesh network healthy.” Why is this necessary? Smart meters pass their data from one meter to the next, then to a neighborhood collection point and from there, to the utility office. This transmission of data happens automatically one or more times per day (the schedule differs for each utility). Yet in order to ensure that this happens on schedule, smart meters are also programmed to send out bursts of RF, called a beacon signal, several times per minute around the clock to synchronize them so that they work when the time comes to transmit their data.

While my colleagues and I have measured very high levels of RF at the time of data transmission, we’ve also measured various strengths of RF during the beacon signals. To an EMF-sensitive person, these beacon signals are like sharp, needle-like bursts that bother them; even though some can otherwise tolerate the steadier, continuous radio frequency transmissions of a cordless telephone. This is true even when the actual power density levels of the smart meter are the same or lower than these other devices.

In fact, not all smart meters are “50 to 100 times” stronger than cell phones, as smart meter activist’s claim. This is true for smart meters in Northern and Central California, which I have personally verified, in addition to other parts of the country. However, the electric utilities in Southern California use different brands of smart meters and have set the power density of their meter’s beacon signals 10-25 times lower than the RF levels set by the utility in Northern California, where all the push back by ill and angry rate payers began.

Yet even at these lower power density levels, electrically-sensitive people here in SoCal still cannot tolerate the short, sharp and persistent microbursts of RF around the clock; even beyond the point where our RF detectors go to negligible levels. To these people, smart meters are simply intolerable.  We don’t recommend smart meters for anyone.