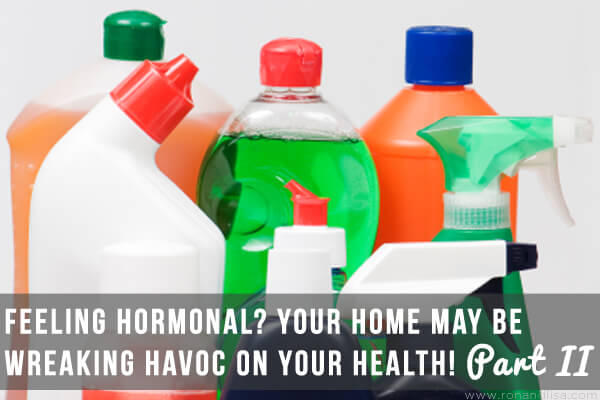 If you have not already, we suggest you read Part I of this post first to familiarize yourself with endocrine disruptors and how they can be wreaking havoc on your health on a daily basis.

The field of xenohormones is fairly new and has only been in existence since about 1991. Xenohormone exposure is especially high in today’s industrialized countries and can contribute to reproductive abnormalities that are approaching epidemic proportions such as cancers of the reproductive track, infertility and low sperm counts. Many studies have found links between lowered sperm counts, growing incidents of breast cancer, and perhaps prostate cancer to the rising concentration of estrogen mimics in the environment.

In fact, one Dartmouth University study showed that plastic wrap heated in a microwave oven with vegetable oil produced a concentration of xenohormones 500,000 times the minimum amount of estrogen needed to simulate breast cancer cells to grow in a test tube. It is disconcerting to know that today, the breast cancer rate is one out of eight women.  In the 1950’s, it was one out of 20.

A report released September 20th, 2005 from the University of Massachusetts Law linked dozens of environmental and occupational exposures to nearly 30 types of cancer.  Some of these include links of lymphoma from solvent and herbicide exposure, childhood leukemia from pesticides, breast cancer from endocrine disruptors like Bisphenol A and other plastic components, just to name a few.

The studies were first noticed in wildlife species that showed reproductive abnormalities, and those that had been exposed to endocrine disruptors.  Many believe the levels were too low to really affect humans.  However, research has changed that way of thinking and we are continually learning about the dangerous affects on humans.

If you are familiar with the book, Our Stolen Future by Dr. Theo Colborn, Dianne Dumanoski, and John Peterson Myers, then you know it brought world-wide attention to scientific discoveries about endocrine disruption and the fact that common chemical contaminants can interfere with the natural signals controlling development of the fetus.  Dr. Theo Colborn, founder of the Endocrine Exchange, clearly defines endocrine disruption as:

The endocrine system is the exquisitely balanced system of glands and hormones that regulates such vital functions as body growth, response to stress, sexual development and behavior, production and utilization of insulin, rate of metabolism, intelligence and behavior, and the ability to reproduce. Hormones are chemicals such as insulin, thyroxin, estrogen, and testosterone that interact with specific target cells. 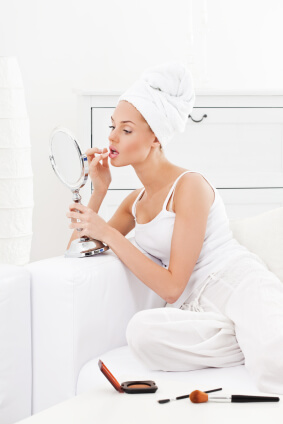 We believe in limiting your exposure to these chemicals as much as possible.  The EWG has created the Skin Deep Database , which is an online brand‑by‑brand personal care product safety guide with in‑depth information on 65,000 products!  You can look up the products you are currently using. There is no doubt, the evidence is mounting, that endocrine disruptors play a significant role in reproductive problems.  And more studies are still in progress.

I personally eliminated a large majority of these chemicals.  The changes I made to the products I use in my home, everyday life and to my personal care products are what ultimately brought me back to optimal health. Let’s face it – most of us are exposed to a complex mixture of chemicals every day of which the synergistic affects are still unknown.  But, thanks to the work of Dr. Theo Colborn and TEDX, they have created a list of approximately 800 potential endocrine disruptors which we have made available HERE.

Every chemical on the TEDX List has one or more verified citations to published, accessible, primary scientific research demonstrating effects on the endocrine system.  Take a moment to educate yourself.  The list will be updated regularly as new studies are published and prior research is uncovered for endocrine disruptors not yet on the list.  Educate yourself!