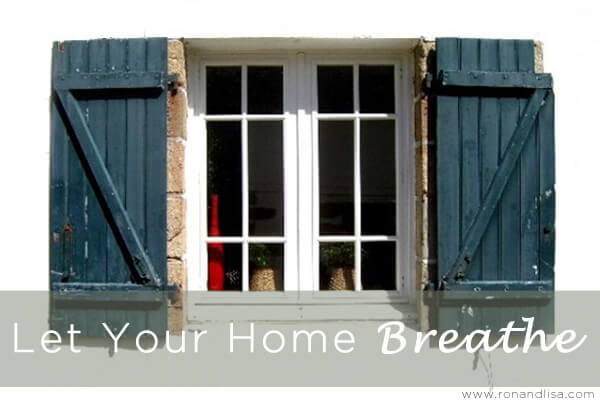 Green construction and the tightening of the building envelope have proven effective in increasing energy efficiency and lower utility costs, however, it has also prevented our home’s ability to breathe efficiently. Did you know the average air exchange in a home use to be once each hour? Today it is closer to once every five hours. Increasing ventilation diminishes the intensity of the toxic substances in your air. Think of your windows as your home’s breathing apparatus. Too much tightening of the airways into our lungs is not wise, especially today with over 24 million people in the United States suffering from asthma and millions more with allergies. A window in every room of the house should be open at least five minutes every day to let toxic air escape and allow enough fresh air, oxygen and health-promoting negative ions into the house.  Negative ions are molecules with a negative charge (i.e. an extra electron). Although they sound negative, they are very positive in fact.

Negative ions in fresh air are especially important in the kitchen where cooking and cleaning can cause a great mass of air pollutants. Open a window when you cook or run the dishwasher. To make this step even more effective, make sure your appliances are vented. There should be a hood over your stove, for example, with a fan that sucks the air up and carries it outside through a duct. Turning the hood’s fan on while you cook can remove up to 70 percent of the pollutants produced right at the source – before they spread through the air to other areas of your home. You’ll want to keep a window open when the fan is on to replace the air that is being sucked up through the fan.